My little minion still has time to enjoy the #DespicableMe3 film + these overly cute #McDoHappyMeal #miniontoys before school officially starts later this week. Personally, I got my eye on Agnes + her unicorn ride! 😍#jaredslittlecorner #minions #toycollection #myfavoritethings #toys #collection #lifewithasecondgrader

I just love the Despicable Me bunch! Gru is cool, the girls are all cute, + the minions are awesome! That is why I enjoy watching their films over again and playing with my old Happy Meal minion toys. I was also lucky to complete the set of Minions Happy Meal toys from a few years ago. It is also the reason why I am excited about the new Despicable Me 3 film + the Happy Meal toys!

Just before I went back to school, we were able to get a complete set of the new Happy Meal Despicable Me 3 toys. The set includes the following toys:

I am happy to add these toys to my minion collections. They are all my favorites but I think the Despicable Duo is my most favorite because it has Gru and his twin brother, Dru. The minions in prison uniform are also cool because they remind me of Scofield + Lincoln from mum’s favorite tv series. ^_^

Are you also collecting the Despicable Me 3 Happy Meal toys? Which one is your favorite? 🙂

off the shelf: doc hudson from cars

I absolutely love Cars! Mum + dad has been buying me diecast Cars ever since I was a little tot in hopes of completing each and every character from the film and its sequel. So far, I already have a handful of them, including Lightning McQueen, his mate, Mater, Sarge, Fillmore, Luigi + Guido, Red, Sheriff, Finn McMissile, Holly Shiftwell, + Italian racer Francesco Bernoulli.

For last Christmas, my parents got me another Cars diecast to add to my collection ~ Doc Hudson.

Here’s a short background about Doc Hudson from Wikipedia:

Doc Hudson {voiced by Paul Newman in his last non-documentary film role} is Radiator Springs’ local physician. His license plate read 51HHMD, which is a reference to his year and track number (51), model {Hudson Hornet} and profession {medical doctor}. A racer-turned-mechanic, the character has Newman’s blue eyes.

Did you know that Doc Hudson is based on the real-life Fabulous Hudson Hornet in NASCAR competition? It was introduced in 1951 and manufactured until 1954.

We received the Hot Wheels Speedtropolis Playset earlier this year. I absolutely love cars so I was very happy to see it and way too excited to open it! Dad + I immediately opened the package and set it up before mum can even take photos.

The Speedtropolis Playset has the following features:

How is your summer so far? Are you bored or have you found some interesting ways to pass your time. I sure hope I can squeeze in a few more activities before summer is over. I would love to learn how to play one of those 60s guitars, but I am not sure if mum can find an affordable music tutor nearby.

Anyway, it was another one of those lazy summer afternoons when mum unearthed this National Geographic Channel Dinosaur Excavation Kit so I can play with it. I’ve had it for a while now but have not found the time to play with it. I was also down with coughs and colds when we received it that mum kept it until I am well and free from the sniffles. The educational toy kit include this small grey block, a small brush, + a chisel. The goal is to dig into the small block until you find the remains of a dinosaur buried somewhere underneath.

Mum set up my chairs outside + unboxed this toy. I dug the afternoon away, searching for a sign of a dinosaur in between the dust and the rubble. With a little help from mum, I finally managed to dig up this cool seismosaurus from the block. Don’t you think he was cool? It was also an awesome idea to be a little adventurer for a day, searching for this buried treasure. I think dinosaurs are very awesome creatures + I also currently like the film, The Good Dinosaur, which we saw at the cinema a few months back. Mum downloaded a copy + I’ve watched it several times at home.

What is your current favorite toy? I will be featuring my new Hot Wheels Speedtropolis Playset next and I hope you stay tuned for that. Cheers! 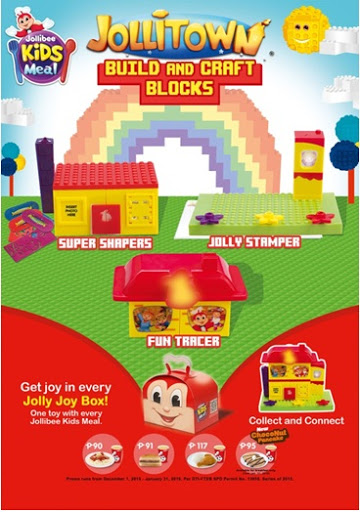 Jollibee Kids Meals will make our Christmas even merrier with the launch of their new toy offering ~ the Jollitown Build and Craft Blocks! It features 3 sets of colorful blocks and pieces that kids can play with and build different structures using their imagination and creativity. 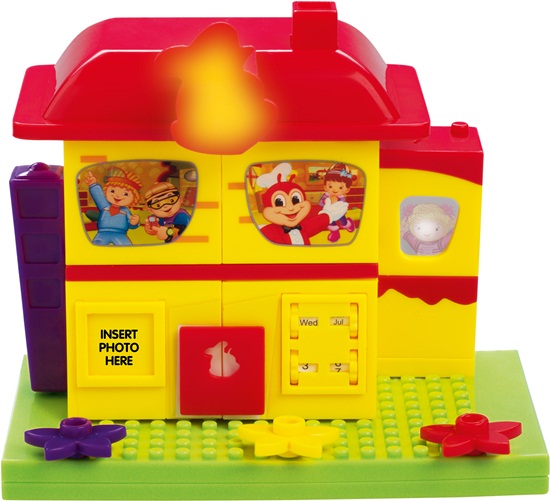 Here are the toys included in the Jollitown Build and Craft Blocks series: 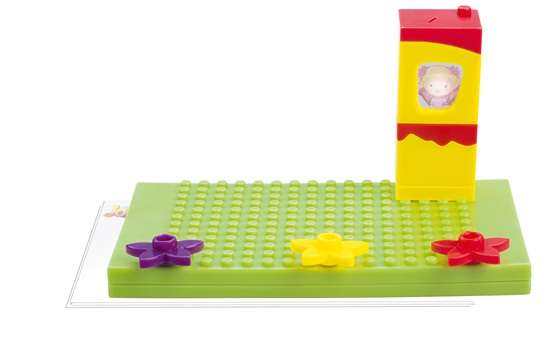