about 2 wednesdays ago, mum, dad + i, together with my tita cecille + tito ken were headed manila-bound. my tito + tita are watching harry potter + the deathly hallows at sm megamall (mum won 2 tickets for a block screening from clubzed {smart}) whilst mum + dad will be heading to that tribute party for her fave band, incubus (trivia: i was supposed to be named after the lead vocals of this group but dad has another idea, so i was named after another band’s vocalist + unintentionally, after a famous actor which coincidentally happens to be my mum’s fave, too :))

mum had a brilliant plan of tagging me along, but, since i am way too little to watch the last installment of the potter series on the big screen (i get scared with voldemort loads of times you see + mum is worried i’d be traumatized when i see him larger than life in his 3d glory!), + since we also won a gc from activefun (from mum’s fave parenting mag, smart parenting) that entitles us to an unlimited time of playing, we played in activefun for hours whilst waiting for my tito + tita to finish watching the film, who will then bring me home as my parents head to the tribute party in makati.

it was a good plan indeed + everyone agreed with it. of course, i totally enjoyed being part of the plan as i really get to have loads of fun whenever we visit this play area. it was actually my third time to visit + i did not enjoy the place less. i know mum enjoyed it too, she totally liked having a go at the slide. we went together since i am a tad small to go on my own just yet.

mum + i headed to the trampoline first (with mum much more excited than me). we never got to try this in our first 2 visits + now is the best time to sample this treat, especially there is no one else around (read: older + bigger kid who might trampled me over! :D). i tried bouncing up + down while mum bounced in her place while seated. it was fun but i guess i’ll enjoy this part a lot better when i am a bit bigger!

i also tried the blocks (of course i tried throwing all the blue things all over the place:D) + mum tried shooting some balls into the hoop while i watched. after that we head on to the area of the place meant for little tots like me. this is where the sea of colorful balls are located, as well as the slide where mum + i played a bit as well + this cool area on top which looks a lot like a sailboat’s deck. i had a blast trying the steering wheel + pretended to be a sailor!

i also sampled the colorful piano mounted on the wall. i just love the music it makes while i press on the keys. i also tried the huge floor piano, it was very big i had to take a lot of steps before i was able to reach the other end. the keys lit up, aside from giving off a beautiful sound, while i step on them. fun!

it was one enjoyable day, i would love to go there over again.  it was only too bad mum never got to go to the party but dad bought front row tickets to the concert so i guess she is more than happy with that ;D

as their 2011 opening salvo, ensogo is bringing back their top 10 deals of 2010!yay!
and am only too glad to know that the activefun promo is included. that’s only P106 for an activefun – sm city north edsa one day unlimited pass which is worth P325! that’s 51% savings!what a great way to start 2011, right?
last year, i managed to purchase a couple of these vouchers but was not able to pay on time so i had to cancel it (with a heavy heart), this year, though, i will pay for my purchased vouchers asap! my son totally enjoyed playing in activefun and it will be a treat for us (mum, dad and baby, too!) to return there a couple of times this year!
you can also buy some as last minute new year’s giveaway to your inaanaks (godchildren), and nieces and nephews or they will make lovely giveaways on your baby’s upcoming birthday party!
if you purchase these vouchers you will not only save as much but will be able to help a charitable institution as well.
the other promos back include the P350 worth voucher for soneva spa (valued at P1,200, P150 for a relaxing and rejuvenating massage at confetti spa + salon (valued at P499), a P350 authentic spanish lunch buffer at any alba restaurante español (priced at P715) and other amazing deals!
not only that, when you join ensogo now and or make a purchase, you will also be entitled to a their P200,000 giveaway promo, where P200,000 worth of cash prizes will be given away!
so what are you waiting for, just click here to purchase the above promo or for more information on ensogo.

16.11.2010 No Comments
it was sheer delight to be able to attend my very first mummy blogger event, a product launch at activefun sm north edsa. rainy, even stormy, friday afternoon that is when i was invited to the soyami chips product launch hosted by mommylace.
it was an afternoon of fun and play for jared (he toddled away at the play area with daddy and ninang chris whilst mummy attended the seminar), free food and free taste of the new soyami chips for mummy (which i totally love!), freebies ( i get to take home samplers of the three soyami variants) and new found friends! i’ve met (and exchanged links afterwards) with mrs. kolca, vance, joy, and other mummy bloggers present.
i totally enjoyed it and am looking forward to attending more of these events in the future. thanks mommy lace for the invite:)
you have any blogger event to attend?let me know:)

a couple of weeks ago,  i was invited to an event, a product launch to be held at the ActiveFun in SM City North Edsa. ActiveFun is a world-class indoor child’s play and party centre which aims to promote exercise in a safe, fun environment and play as a venue to develop skills in children.  they have several branches including Ortigas Fun Ranch, Frontera Verde Pasig City and Alabang Li’l Fun Ranch.  they also hold birthday parties and other children related occasions.
it is our first time to go there and the first time for my jared to go to a kiddie play thing.  he really had loads of fun, i must say, he had the time of his life and we are definitely going back there for some baby fun, only this time mummy will be there to join in the fun!
here are some photos from our ActiveFun joint: 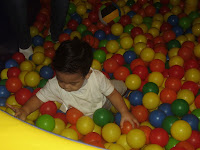 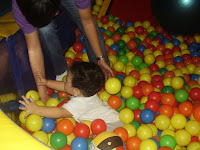 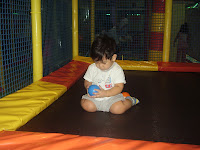 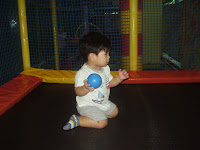 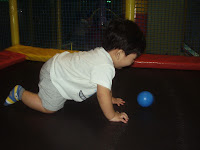 for more info, call ActiveFun at 332-3929 or head on to www.activefun.ph (while there, also check out their exciting promos for the coming Halloween) .
Continue Reading

06.10.2010 No Comments
i was doing my daily habit of browsing thru the topics in the SP Forum yesterday when i came across this one from mommy lace, another one of the lovely mummy blogs i follow, i didn’t know she was in SP as well. so i quickly signed up to get information and it turned out  she has  prepared a small party for mummy bloggers and our little ones at ActiveFun, SM City North Edsa for this coming friday, 08 October.
that sounds great, right? i have never been to any blogger event before and this is a great way to start that adventure, and i’ve asked permission from daddy as well right before i send my RSVP.
got your invite to the event yet? i’ve provided the link here. and don’t forget to visit mommylace.com as well.
am looking forward to meeting all you blogger mummies come friday .