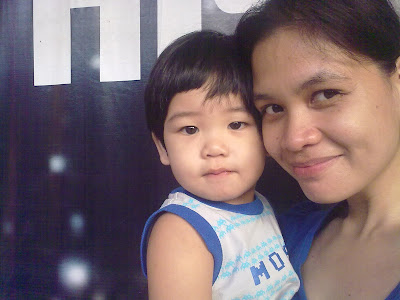 since i shared my very first kiddie fun ride experience a little while back, i want to share a couple of more photos we had back then. this time it was a photo of me + mum, whilst we line up for the queue to the funranch express. this snapshot was taken by my tita cecille.
the wait for the train ride took a while so we took the chance to snap some photos + mum even managed to sneak in + still a kiss from me. please don’t mind my hair, especially my bangs, it was one of those few occasions when mum is in the mood for another diy cut-my-baby’s-hair episodes, this is one of those that obviously went bad! 😉 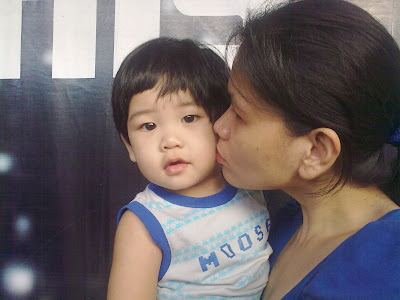 join others as they share precious mummy + me photos today, simply click on the badge! happy monday everyone! 😉 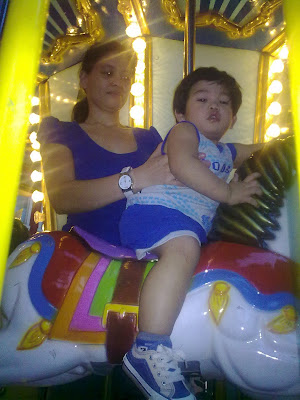 today i am sharing with you the first time mum  + went to funranch. mum has written about it in details here. this is also the first time i ride the merry-go-round and the ferris wheel. i was a bit scared at first but enjoyed it anyway. i was riding with mum since i am still a bit young to be riding on my own. apart from these rides, we have also tried riding the train (the funranch express) + crossing the hanging bridge. we would have tried the other rides too, but i was getting a little late + we need to go home. maybe some other time, i wil ask mum to bring me there again. i will be sure to sample each of the rides they have 😉 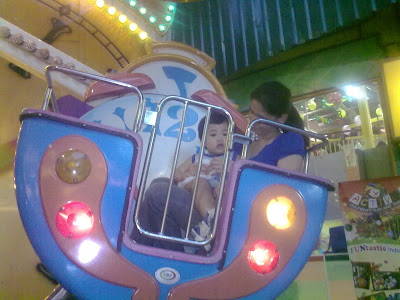 14.01.2011 No Comments
i simply can’t believe how time flew by so quickly, and i always marvel whenever i look at my son, in all his 16-month, 13-kilos-or-so, gooey, giggling and endearing glory. he grew up too quick i wanted to wish the time backwards to when he is just a tiny, little bundle in my arm.
at 16 months, my jared can now:
this year i expect we will be learning more and doing more fun stuff to enhance jared’s skills and abilities. i’d love to introduce him to coloring books and stickers, maybe we can go out more often and visit a park (maybe the one in the provincial capitol will do just fine). i am still on the lookout for swimming classes nearby so i can enroll him (and myself while i’m at it!lol!).
i just can’t wait to have more conversations with my son too! and yes we will be going back to reading and cutting back on viewing time! so my apologies to pocoyo and barney if we will be seeing less of you, i have a growing baby to raise to meet his full potentials:)
note: pardon me if this post is several weeks delayed 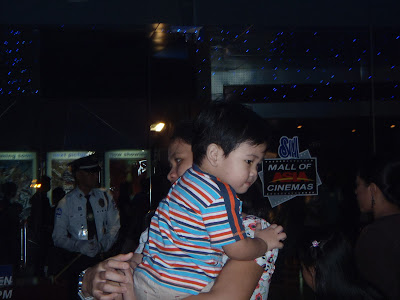 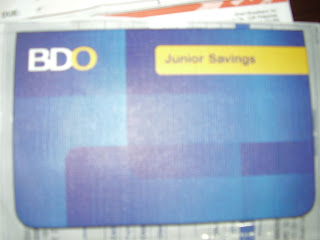 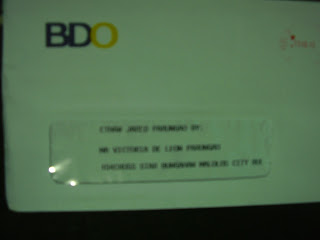 i have been planning to open an account for jared since day one but haven’t got the time to visit the nearest bank so i put it on hold for the longest time, but still the top priority in my things to do list. luckily last week, i’ve finally managed to do so. with nothing to do at home, we trekked downtown to pay for the internet bill and open jared’s junior savings account, so that is kinda hitting two birds with one stone. i was originally planning to open at rcbc savings bank since they offer one year insurance to a kid member and his guardian plus they’ve got discount cards to several child-friendly establishments but since we are pressed for time and i am going to bdo anyway, i decided to just open a bank account for him there, too.

the welcome letter arrived a few days after. (sorry for the bad pic, my digicam is bailing out on me again!)

another great christmas gift idea if you ask me. teaching our children the value of saving will do them good when they get older. plus it will be added security on your part knowing you will be setting aside a portion of your earnings for your children’s future. as for me, a whole year’s worth of savings goes to my son’s trust, before i  go spending it on holiday splurges!